The only castle where hares run along the ceiling

The building of the chateau was ordered and paid by John Šembera Černohorský of Boskovice, a well educated man and one of the richest Moravian aristocrats of his time. He studied in Italy and Vienna, was a proud holder of high court titles, but he was best known as an enthusiastic lover of secular joys, horse connoisseur, excellent rider and great art fan. His education and wealth enabled him to order not only the construction of the chateau but also its decorations from the top-notch artists, so the whole four-winged chateau with three floors of arcades and elaborate garden perfectly represented the status of the house and John Šembera personally. Then the domain went to Maximilian of Lichtenstein who married John’s beautiful daughter Catherine. In 1635–37, Maximilian built a beautiful Mannerist fountain on the courtyard; the sculptor was Peter Materna, the project designer was Giovanni Giacomo Tencalla. Also built were four corner towers with metallic “lanterns”. They were nevertheless very heavy, so it was necessary to take them down. In 1645, the building proved its defensive qualities when a few clerks, hunters and townsmen defended it against a large Swedish unit.

Since 1681, the chateau wasn’t used as a residence for its owners; instead, it became the administration center of the domain, and since 1720 the headquarters of the central Lichtenstein accounting office. No major reconstruction has interfered with its Italian renaissance appearance so far. 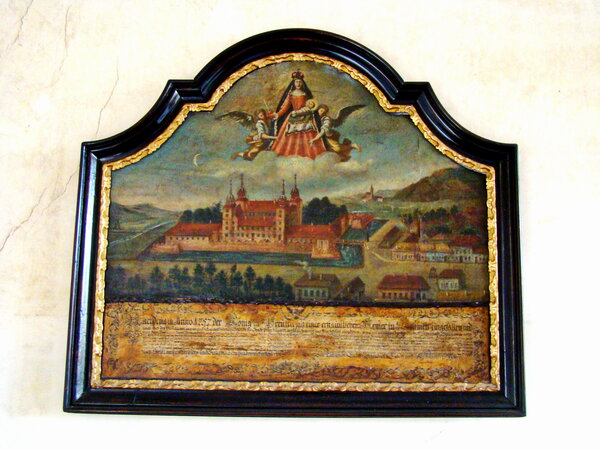